Home/Uncategorized/Ed Meets His Maker
Previous Next 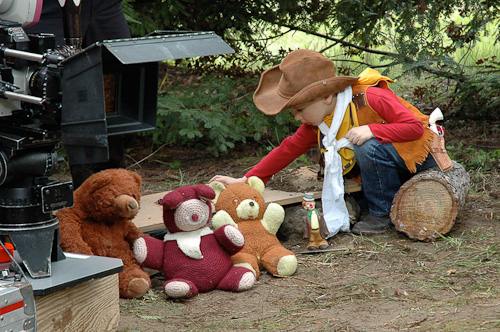 Ed Meets His Maker:  Co-Produced  with

When We Were Nine Productions: Larry Sarezky, Writer,  Director

The award winning Ed Meets His Maker found it’s way into nostalgic hearts across the country.  Set in the 50’s it tells the story of a boy whose Dad went missing as a Canadian Mounty.  After his Dad’s presumed  death,  Albert and his Mother move in with old Gramps in California.  Except for his pet turtle “Ed”, Albert is alone, since the local boys think he’s weird.  When “Ed” dies, Albert puts together a funeral and invites the neighbor boys.  As Albert gets closure from losing his Dad and his turtle, he also gets accepted into the in-crowd of baseball playing boys.

About the Author: skydancer153